skip to main | skip to sidebar

Sidewalk issue 200 is out now and it is immense. For a start, it looks like this:

And there are two separate Avi no-comply photos inside and a dump truck full of other goodness.

The shady shape-shifters in charge interviewed me and, for whatever reason, this question and answer didn't make the cut.
I liked the question a lot and I enjoyed trying to come up with a decent answer for it, so here it is:

Do you think people are scared to take the piss too much in skateboarding now? Seems like since big businesses got involved everybody has to be all serious.

Something that quite irritates me is when people censor their own swear words on the internet. Someone will write something like 'the new Coldplay album is really s**t' on Facebook and you just think 'why? Why did you do that? For who's benefit are those asterixes (asterices? Or maybe asterix is the plural too, like sheep)?' Why would you choose to censor yourself like that? Unless a lot of your friends on Facebook are little children (paging operation Yewtree) then you've made a choice to do a stupid little dance for no reason whatsoever. You know what word you meant and everyone reading it knows what word you meant. Either commit and spell out the whole word or choose another that you feel brave enough to actually type in full.

I think that skateboard companies in this country have got a bit like that. There's really no-one to stop you from doing pretty much anything you want and printing it on the bottom of a board or on a t-shirt. I guess it's a bit different in America because if you step over the wrong line you could actually get sued and probably put out of business, but over here there's really not a lot of repercussions. Worst case scenario is probably that people on the Sidewalk forum will shout at you a bit, but unless you're just being an unrepentant dickhead then someone else on there will stick up for you just as hard. So why not push things a bit to see what happens? Stick a toe out over the line and see if you like it?

And I'm not talking about making graphics about how you hate scooters, or scooter kids are all gay or whatever. Ugh. For a start, it's been done a million times and it's boring as hell. It's a pretty pathetic thing to be angry at, too. The kids who've actually spent some time on their scooters don't go barging around parks like they own the place, dropping in willy nilly. They know how to look around them and see what's going on. It's the tiny children who normally ride their scooters to school that get in the way and don't look around. This is because they're TINY CHILDREN. Tiny children are universally morons. And that's fine, we're ok with that. We don't let them drive or vote or buy lighters. Let's find something a bit more worthwhile to be angry about. There probably won't be an NHS soon. Let's get all riled up about that instead.

I don't know if it's that people are scared to take the piss or whether they choose not to. It does definitely seem like there's been a bit of a lurch towards being 'grown up' among UK companies. You see a lot of graphics that wouldn't look out of place in a GCSE art project - monochrome photos of sad looking buildings, old people's hands and a lonely streetlight or a bunch of meaningless brightly coloured shapes. Ikea print graphics are fine and all and some of that sort of graphic are really beautiful and well done, but a bit of mischief would be fun to see now and then. Why not stir things up a bit and see what happens? It's pretty telling that the best pisstake in ages is the Palace Surf Co t-shirt which they actually made themselves. It feels a bit like the first day of uni when no-one knows anyone else and they're all trying their hardest to look cultured and interesting and cool. It's all Voltaire, Le Chat Noir posters and roll ups.

Sleeping in the Dust archive 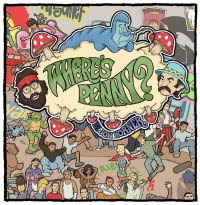 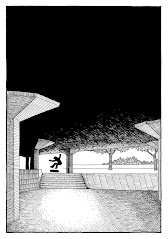